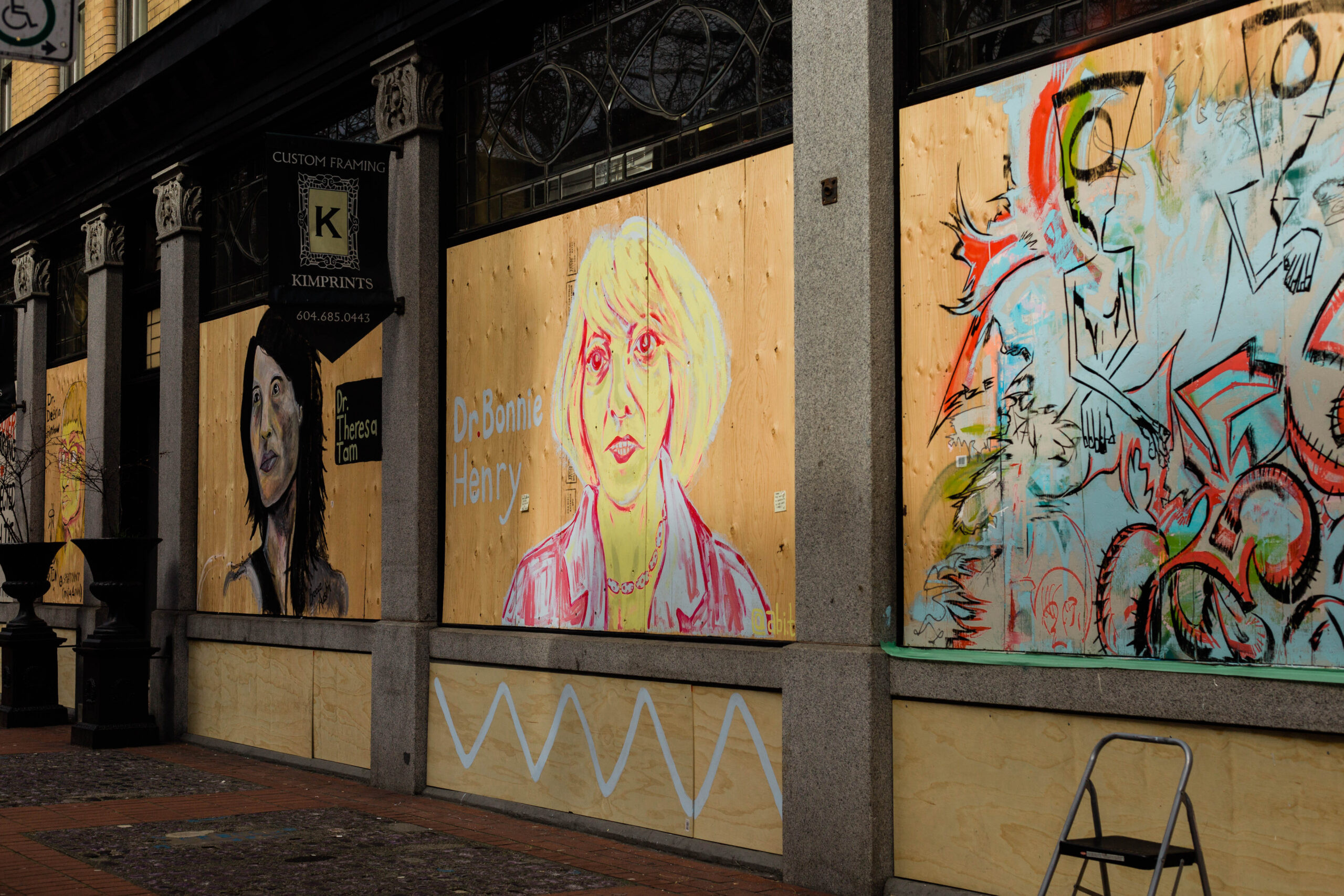 As the operator of  Kimprints Custom Framing & Gifts, located at 41 Powell, Briscoe frequently works with local artists during a typical work week.

So, “I thought, I'm gonna get those boards painted,” she says. “Of course, we didn't want to get into any kind of trouble, so the first thing I thought about is what's in the news, and who's in the news.”

She reached out to Vancouver artist Breece Austin with her idea. Austin grabbed her paint, made her way to the storefront, and, five hours later, a portrait of Dr. Theresa Tam, Canada’s chief public health officer, adorned the once-empty sheet of wood.

“It looked great; it looked fantastic,” says Briscoe, who proceeded to get in touch with a few more interested artists. “They came down the next day, and the other [portrait] that was painted right next to Dr. Tam was Dr. Henry,” painted by Abi Taylor.

“Who’s going to say you can’t paint them on a wall?,” Briscoe adds with a laugh.

The idea proved popular. Briscoe’s fellow business owners decided to hop on board, turning it into "a community initiative,” she explains.

The Gastown BIA is even working with local businesses to supply artists with not only paint, materials, honourariums and food vouchers for local cafes, but also sanitation equipment and items to create a safe perimeter while they work, according to a release, while the interested artists, in turn, provide the time, creativity and skill.

New Ken Foster piece in store. Come by the Gastown

Sneak peek of our wide variety of holiday cards av

T-shirts on sale for $20 in store and online! Chec

Some of our favorite oven mitts. Available for pu

What a journey this year has been, Vancouver. An e

The Outdoor Gallery is open! So proud to be a part

Internet-allergic no more! Our online store is fin

Dear Kimprints customers, As you may have noticed

Boards on the Alexander side of Kimprints. We’re

Boards came down today at Kimprints... ready for t

Staying strong... still strong as we venture into

Some of the very last murals painted on water stre

Justine has painted 27 dogs of Gastown. She has wo

The next set of 10 dogs Justine has painted... bea

Justine has done such a fantastic job painting wit